How do you lead without controlling? As we read in Part 1 of ‘Leadership, Not Control’, the Filipina respects her man if he leads her, but will only suffer and be unhappy if he controls her. Let’s look at control first. 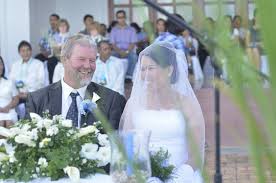 Control is often subtle as much as it is blatant. I have known Aussie husbands to control their new Filipina wife’s eating habits. Food is important for more than just giving us the nutrition we need to stay alive. It is an emotional support in many cases. Anyone who has lived overseas understands how a simple thing like finding a favourite food at the local supermarket can make an otherwise dull day something to rejoice. Vegemite, Tim tams and a great lamb chop are some Aussie items many miss when living in the Philippines. Imagine then how your Filipina feels when she discovers the Asian supermarket with her favourite dried fish, Bagoong and those tiny tins of sardines!

Control Can Be For the Best Of Reasons, But Still Wrong

Some husbands simply refuse to allow their wives to eat rice with every meal, or even ridicule how agitated they may get when they discover they have run out of rice. One bloke I know actually outlawed the use of fingers to eat anything other than KFC! My wife still eats her rice and buwad with her fingers, dipping it into her soy sauce and relishing every moment. It reminds her of the too few good times as a child when they had enough to eat that day.

This same bloke also made his wife and her daughter eat with a knife and fork when they were more familiar with a spoon and fork or their fingers. His intention was to help her to rapidly ‘Australianize’. The result though, was alienation and despair. Denying your loved one the food she is familiar with and no doubt craves as some kind of link with the homeland and family she has left behind to be with you is wrong. Stopping her from enjoying the company of other Filipinas, telling her when she can and can’t go out, even to do the shopping, is wrong.

Leadership Is About Making A Decision

Leadership is about making a decision. Where are you going out tonight? Don’t ask her, tell her. She will let you know if that is ok or if she would prefer somewhere else. It might be very subtle but if she says, ‘up to you’, it probably isn’t! Try offering her alternatives like ‘do you want to eat at the RSL or find a nice restaurant?’ When it comes to buying things, if she isn’t jumping with excitement about your choice of new lounge suite, take that as a hint that she doesn’t like it. She won’t come out and say so, not for the first ten years, but she will let you know once you get the thing home how much she hates it!

The thing is, if you think you need a new lounge suite or TV, say so. Don’t ask her if you should buy one, that shows weakness. If she is a Filipina who grew up in the province or even in the city with a low income family she will baulk at spending the money, even if she desperately wants a new lounge. But we’ll explore that in more detail in Part 3.

Perry Gamsby, D.Lit, MA(Writing), Dip.Bus, Dip. Mktg is a writer and lecturer who lives with his Cebuana wife and five Aus-Fil daughters in Western Sydney. The author of a series of best-selling ‘self-help’ books for expats and those married to Filipinas, he is also a Master of Filipino Martial Arts and a former World Stickfighting Champion who has lived, worked and vacationed in the Philippines since 1988. Perry and his family return to the Philippines on a yearly basis. You can read more of his writing on Philippines topics at www.streetwisephilippines.biz

This article and website sponsored by Down Under Visa, Australian Registered Migration Agents in Manila – The Australian Partner Visa Specialists

2 thoughts on “Leadership, not control – in Australian Filipina marriages (Part 2)”

What is this site all about?

The site is written for Australian men, and always from that perspective.

And please note that this is NOT a marriage service or introduction agency. We cannot and will not find partners for anybody. We only offer advice on cross-cultural relationships.

Republic Act 6955 in the Philippines states:

An act to declare unlawful the practice of matching Filipino women for marriage to foreign nationals on a mail order basis and other similar practices, including the advertisement, publication, printing or distribution of brochures, fliers and other propaganda materials in furtherance thereof and providing penalty therefore.

The purpose of this Act is to protect the safety and the dignity of Filipino women, and we support this wholeheartedly. My wife and family are Filipino, and I have the highest respect for them as I do for Filipino culture in general.